But I Have a Family Too 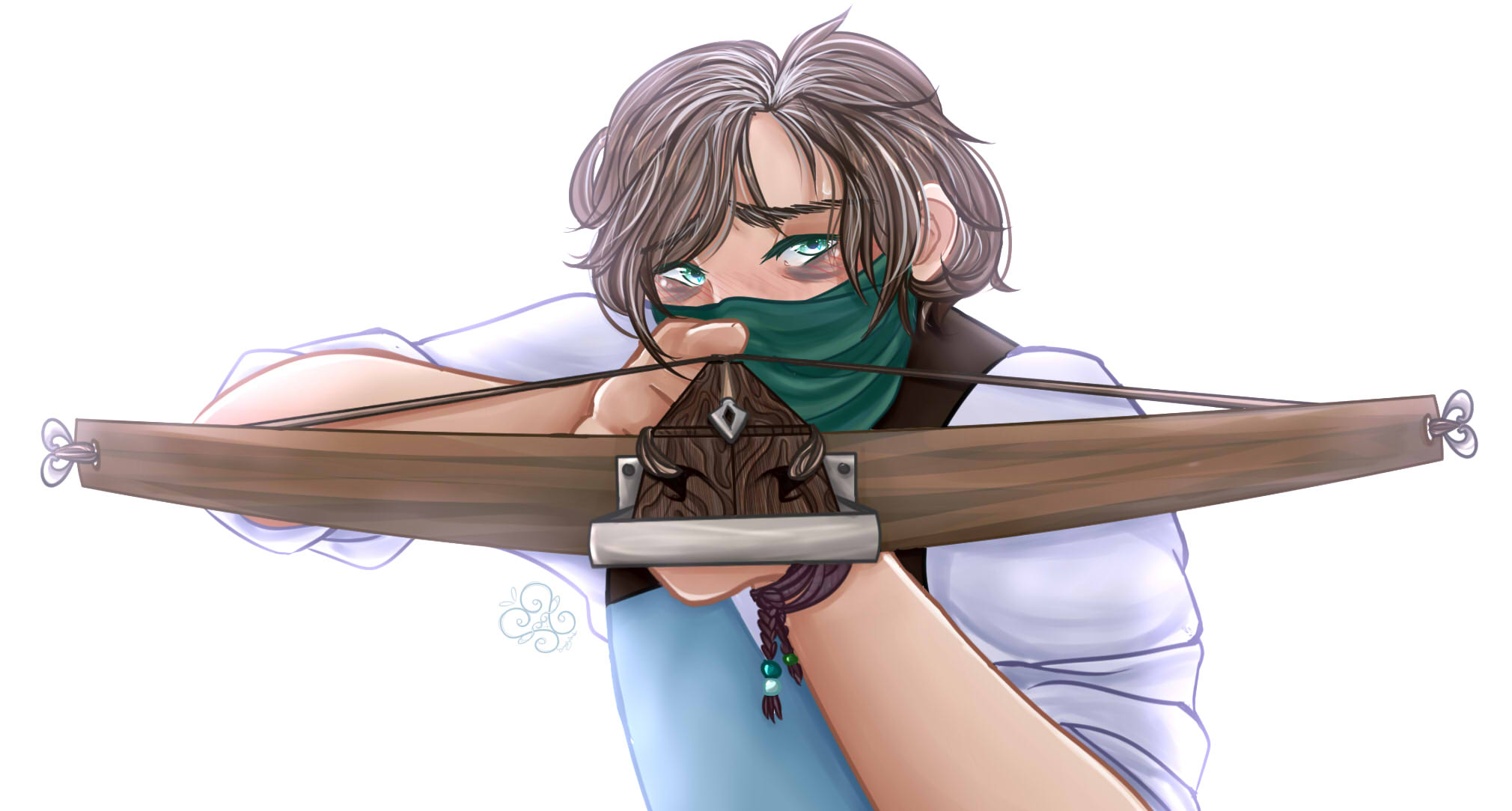 I dropped to one knee in the street, hefting my crossbow to my shoulder.  I took a deep breath, partially hindered by the cloth obscuring my face. Making careful aim at the figure who was growing smaller and smaller in the distance, I lined up my shot. He was moving a lot, trying to make it so that I could not track him in my sights. However, the zig zagging path he was taking had a distinct pattern that I could follow. “I am so sorry,” I murmured as I exhaled and released the trigger. I do not know if his sharp ears heard the whoosh of the arrow or if it was my own words, but the halfling looked over his shoulder at me just before the arrow struck him straight through the heart. I could not make out his expression at the distance we were apart but I could imagine. I had seen it too many times before. I closed my eyes and stood up as he collapsed.

I began jogging towards the crumpled form. Just as I reached the body, Finch finally caught up with me, having fallen behind during the chase. He tried to control his heavy breathing, wheezing as he blinked down at the halfling. It took him a moment to comprehend that the teenager was not moving. “Damn it, Knox!” Finch seethed, lashing out with his fist. As he cuffed the back of my head, I bent forward, moving with the familiar motion. It lessened the strength of the blow that way. “I wanted dis one alive!” I winced as he furiously kicked the body.

“Ya had one job, ya moron! Dis one was gorgeous. Ah coulda gotten so much for it!” I did not answer, crouching down to collect my arrow. Finch tried to hit me again as my back was to him, but I leaned out of the way, pretending not to notice the attempt. After cleaning the arrow off with a rag, I straightened up, placing it back in its quiver and securing my crossbow to its harness on my back. “Just get rid of it,” Finch sniffed, giving the halfling one last kick.

I waited for him to storm away before looking down at the poor thing. A young male, about sixteen years of age, very attractive, but they always were. His face was frozen, a wide-eyed expression of terror, exhaustion, and a hint of surprise. Using my fingertips, I gently closed his eyes and carefully picked up the limp form. Cradling the much too light body to my chest, the image of my two girls suddenly appeared in my mind’s eye, and I fought the urge to vomit. I gazed upon my bundle. I did what I must to protect my children. Killing this halfling was a small mercy that I could grant. Death was a better option then the life that Finch planned to sell him into.

I began walking down the street, noticing as people swerved to avoid me. I walked swiftly, my head down. No one tried to stop me, even those who had clearly seen what had happened.  I ducked into an alley, cutting across the small town until I reached my destination. A small chapel, a pathetic building really, but well kept. I had seen it earlier in the day and had planned to come back after the job was finished. That is, if it had ended the way it did, the best possible situation.

Reaching the stairs leading up to the entrance, I stopped and kneeled down. I lay the young man on the top step. I made him look as peaceful as I could; a passerby would think he was only sleeping, seeking sanctuary at the church of the Ones. He was so young. A child really. My notes said that he was the oldest of three, all halflings. The parents had either died or abandoned them. No child should have to live like that. I tried not to think of the younger siblings, waiting for their brother to come home. I had left them out of the information I had given Finch. They would at least be safe from him. From me. I swallowed hard. It was little comfort but it was something.

Letting out a sigh, I removed the cloth over my face and laid it over the teenager’s. If I could, I would have wrapped him in the threadbare blanket from my pack, but I could not afford to freeze to death during the long winter nights. I repositioned the bag on my back and turned away. I was to meet Finch at the tavern. He was undeniably getting roaring drunk, which he did whether it was a good day or not. Tears came unbidden as I gazed back at the prone form on the steps. Such a useless loss of life.

🚨Current SU students and faculty you have 7 DAY

Another lively write-in and bookmark sale (we had

🚨Remember to submit your prose📝, poetry🎤,

😆We’re having Write-Ins and Bookmark Sales No

Thank you to those who came out to the Halloween P

😃Thank you ladies for coming to the first Book

🚨Yesterday, we dropped the first episode of the