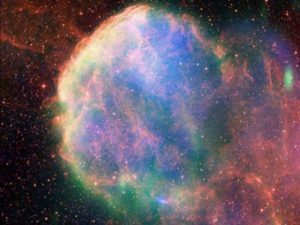 In the midst of the heat of a supernova is an odd place for a planet of ice to be formed. And yet, a near-perfect sphere of that exact material found itself a white dwarf to orbit: water underneath ice, sloshing around stardust to form what would, in time, make life.

The first people called themselves the Jido. People of the ice.

Their language was flowing, graceful, as it swam through the air and built as civilization. Dao, dao was heard. Night. Their planet’s sun was out of sight. Shina, shina was heard. Sky fire. Right where the ice ended and the water began, right at that line where the two met, where life met the sky, where fire met the sky.

If you could understand what the people were saying, you might hear about how once in a while, at the very peak of the cold, two figures appeared on what was called the Dona, ice and fire, where land met water.

Do, goddess of the ice, who crafted this beautiful planet, this beautiful home with her bare hands. Her body, her movements were flowing, graceful as she walked across the ice, dress blowing behind her.

But even such beauty couldn’t keep her out of the loneliness, couldn’t keep the tranquility from turning into stifling silence. She alone could see her sun, and so called upon it to bring her life.

So Na, goddess of the fire, touched down on the planet

only to have it melt beneath her feet. She stayed away from the half still frozen and sent Do fire from afar, giving her and her people light and happiness.

You might hear how life expanded under Do and her kind guidance, but she still felt the solitude, still lacked the companionship she’d craved. And you might hear about how Na felt just as lonely.

Then, you might hear how over thousands of years Do and Na came to each other for that company, and over thousands of years Do and Na fell in love even on opposite sides of their world. And once in a while, at the very peak of the cold, Na is able to venture to the very edge of her sea and Do her land without risking Na’s heat, her light damaging Do and the ice; without either being hurt by the other.

They were able to touch, finally, after an eternity each time, and the contact sends something wonderful into the sky, so beautiful the Jido called it Shina 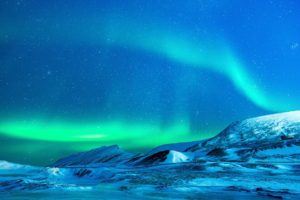